We envision a Texas free from pollution. As the largest environmental group in Texas organizing support through door-to-door canvassing, grassroots is both who we are and what we do.

Zero Waste Houston
After years of advocating for Zero Waste policies at the City of Houston, local officials have started the process to implement a long-term recycling plan, a resiliency road map, and a climate action plan! We’re making sure these new plans will be finalized and adopted, and we’re working to include critical waste reduction programs such as recycling for multi-family buildings and businesses.

Clean Energy, not Plastic Pollution
It’s no secret that Texas is in the midst of a massive drilling boom. However, many people are surprised to learn the final destination of all this oil and gas: wasteful flaring, export abroad, and huge new plastics facilities. 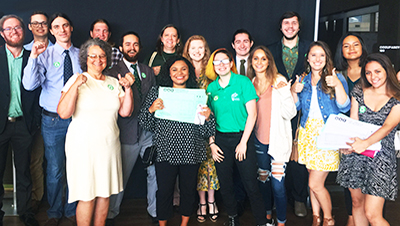 Local Zero Waste Victories
This past year we secured one of the biggest local victories in our DFW history: we won recycling for nearly every apartment and condo building in Dallas! This new local ordinance will keep hundreds of thousands of tons of waste out of area landfills while growing the North Texas recycling industry.

Recycling at Austin Parks
In Austin we scored a big victory when local officials finally invested in recycling for city parks. There are more than 300 city facilities—parks, pools, recreations centers, cultural facilities, and athletic fields. Now, thanks to your support, they will ALL have recycling soon.

TCE builds power throughout the state thanks to the generous support of Texans like you. In 2019, 7 out of every 10 dollars came from grassroots, individual contributions. We work for the people, so we’re funded by the people. Simple. Effective.

We’re not in this work to win awards, but on occasion we receive recognition for our efforts – here are some accolades we’re proud of. 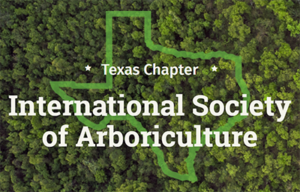 Following our work to build a statewide coalition to defend local tree preservation ordinances from attack during the 2017 special legislative session, the International Society of Arboriculture-Texas Chapter (ISAT) awarded TCE their “Defender of Texas Trees” award. We led regular conference calls and strategy sessions, and we helped coordinate outreach and advocacy from concerned citizens, business leaders and even military officials concerned about how the bill would affect their facilities in San Antonio. We also generated thousands of messages to lawmakers pressuring them to stop the bill, which was eventually was reduced to a minor tweak — and every local tree protection ordinance in Texas still stands.

Green Source DFW, a project of the Memnosyne Foundation, presented the Grassroots Nonprofit Award to Texas Campaign for the Environment’s Dallas office. The organization recognized our work for a strong gas drilling ordinance and zero waste goals in Dallas.

For their 5th Annual Liveable City Vision Awards, the group recognized Texas Campaign for the Environment and Dell for creating the computer industry’s leading recycling program setting a new mark for corporate responsibility.

The League of Women Voters of Texas recognized the successes of Texas Campaign for the Environment in addressing the issue of electronic waste and recycling. The selection committee acknowledged the key role that TCE has played at the state and national level.

Texas Campaign for the Environment and Dell started as adversaries of sorts, with TCE pressuring Dell to increase recycling of electronic waste. But Dell insisted it really cared about the environment, and when Round Rock’s personal computer market leader put its money where its mouth is, protest turned into pats on the back from activists.

Texas Campaign for the Environment won the 2001 Environmental Awareness Award for a Community or Non-profit Organization in recognition of outstanding environmental service. TCE was selected for this award by the four City of Austin citizen advisory bodies which address environmental issues.

When the Texas environmental agency claimed it couldn’t record pollution complaints on the Web, Schneider, TCE, and its research arm, Public Research Works did it themselves — as one more way of goading the regulatory agency into doing its job. Schneider was a central member of this year’s environmentalist caucus that kept the pressure on the Lege to finally do something about grandfathered industrial polluters — and succeeded, with one of the big people’s victories of the session.

Empowering Texans to fight pollution, one talk at a time

Canvassing is a time-tested and effective tool that generations of community organizers have used to win real, positive change. Whether knocking on doors or calling on the phone, canvassing allows us to bring the tools of civic engagement to residents who may otherwise never have gotten involved. 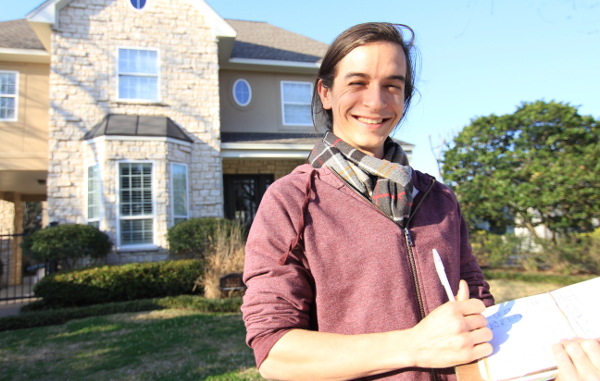 Our small but mighty group of activists routinely pounds the pavement, rain or shine, year-round, to knock on doors and make contact with folks about public health and environmental issues. Now our person-to-person conversations on the phone are another way we can have a big impact together with people like you. Every year our three offices reach out to close to a half-million doors, gaining tens of thousands of contributing members to win our campaigns! We have created a presence in all 181 legislative districts in Texas. We have accomplished many important environmental victories over the years through our canvassing efforts, such as:

Helping to win curbside recycling in D/FW and Houston, and curbside composting in Austin.

Passing local policies such as a single-use bag ban in Austin and a protective gas drilling ordinance in Dallas.

We’re proud that canvassing on environmental and political issues is protected free speech under the First Amendment, according to numerous court rulings, and the U.S. Supreme Court draws a clear distinction between canvassing for a social cause and commercial solicitation. Generating support on social issues through canvassing is legally protected because it represents free speech and helps make democracy work.

We begin canvassing each day at 4:00 p.m., making our first attempt to contact people before 7:30 p.m. So, if someone receives a call after that, it is almost always our second or third attempt to reach them that day. We conduct these return calls and collect letters of support until 9:00 p.m., and we abide by people’s expressed wish to talk or not at any time.

Since we are in communities to find people who agree, we train our canvassers to be polite and peacefully walk away or complete the phone conversation with anyone who is not interested or doesn’t have time to help with what we are working on a given day. Our canvassers are looking for individuals who want to connect to a larger group of people with a common goal.

The way we canvass at TCE is all about developing leadership skills. We provide training and education programs for our staff. Canvassing teaches (mostly young) people important traits such as effective communication, patience, work ethics, and public participation. 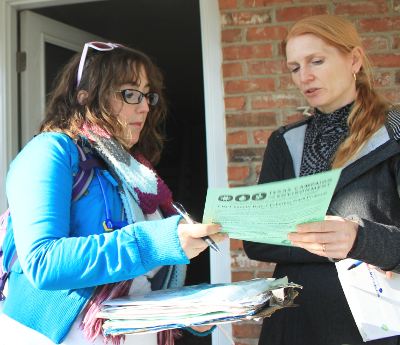 It’s no coincidence that several of history’s greatest environmental protections were organized with the help of knocking on doors. In the early 1970s, people began to organize their communities on environmental issues at an unprecedented scale. Clean Water Action, one of the first groups to canvass, used grassroots organizing to pass the national Clean Water Act in 1972. Lois Gibbs, a housewife in a middle-class neighborhood known as “Love Canal” started knocking on doors when she learned she and her neighbors had health problems related to pollution — her grassroots campaign applied enough pressure to win federal clean-up of the site and the creation of an agency dedicated to such “Superfund” sites.

Through canvassing – whether at your door or on the phone, we empower people to fight together with us for a Texas free from pollution. Canvassing reflects our values as an organization — and it just plain works. If you are a member of your homeowners’ association or active on neighborhood websites such Nextdoor.com, please go online and post a positive message about us. Thanks for your support!